Best of Chorley on display at Brindle Village show 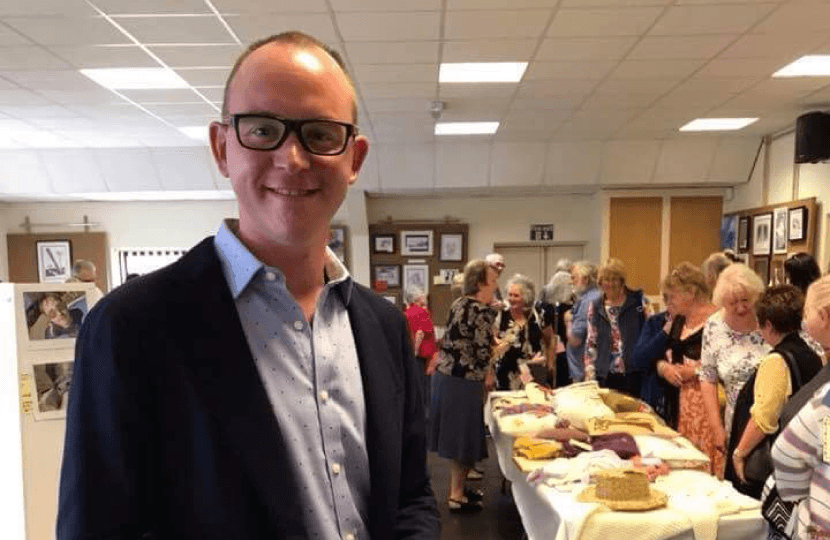 County Councillor Andrew Snowden has praised Brindle Village Show for another fantastic year. The show, which took place on 1st September 2018 at Brindle Community Hall, attracted entrants from across the Chorley area in a range of categories covering arts, crafts, baking and growing.

Councillor Snowden said “It was an absolute pleasure to be the presenter of awards this year – getting to meet so many people with such brilliant talents. I was especially impressed with the children’s categories – both my wife and I were thrilled to see such talent in the next generation and such passion for taking part in this time old tradition”.

The event was attended by hundreds of people, keen to see the produce, paintings, photos, crafts and cakes displayed – with plenty to see. Caroline Snowden, Andrew’s wife, said “I got plenty of tips for baking whilst looking around – it’s such a lovely way of sharing ideas and also for generations to pass on to each other the recipes and secrets of good cooking and baking. Although i must say, looking at so many delicious desserts nearly threw me off my pre-holiday diet!”

The event concluded with the giving of the prizes, to those who topped each of the categories and Councillor Snowden was on hand to congratulate each and every winner.

He said “It was a privilege to not only be there but to be able to shake the hands of some many proud Chorley people, of all ages, who have put so much time and effort into making the event what it is by showing off their skills. I hope many more people get involved in the show and attend next year, but also get involved in many of the community groups that meet and work all year round – such as Brindle Art Group and the Historical Society – to name a few”.

He concluded “Well done to all the winners, i know the judges had a hard time choosing from such excellence – it was truly a wonderful day so a huge thanks also has to go to the village hall committee and volunteers for their time and efforts”.