How a Labour council tax plan would hit over 12,700 Chorley households 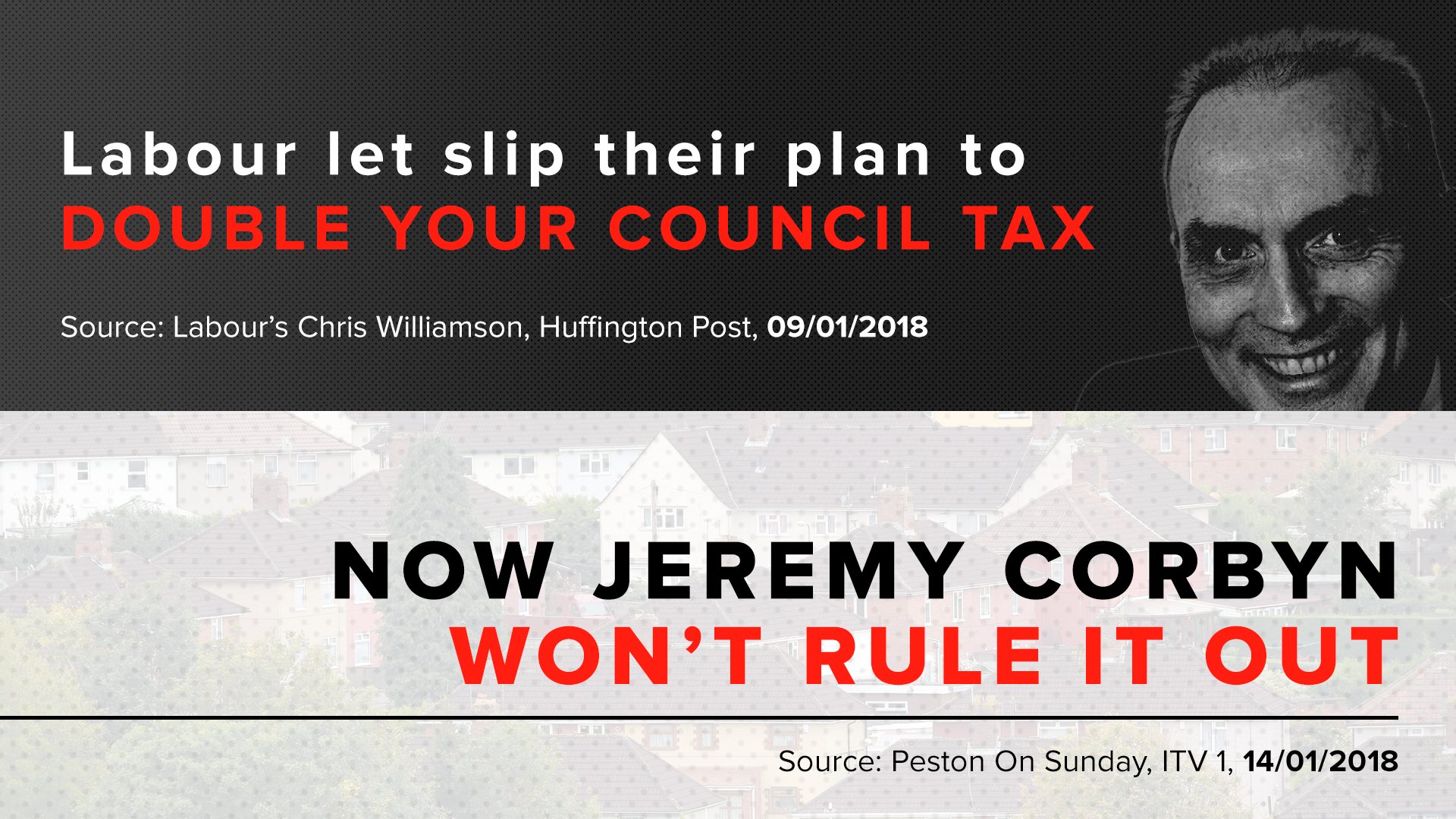 Jeremy Corbyn refused to rule out hiking council taxes, after Chris Williamson let slip Labour’s plans last week. Labour always raise taxes if they get into power, and it is working people who pay the price.

Key facts: Last week Chris Williamson revealed Labour’s plans for a dramatic increase in Council Tax. He then had to resign from the front bench, but over the weekend Jeremy Corbyn refused to oppose his proposals.

Why this matters: Labour can’t be trusted when they claim that they will not raise taxes for ordinary working people. From Whitehall to the town hall, Labour in power always means more debt, higher taxes and fewer jobs, and it’s working people who pay the price.

What it could mean here in the Chorley constituency:

We've looked at Chorley's council tax bands and here's what such a plan would mean:-

Illustration of the number of homes hit by an increase ranging from 20% to doubling should a Williamson plan of the left be implemented:-

CHORLEY CONSTITUENCY BY TOWN AND PARISH

Your views really matter to us