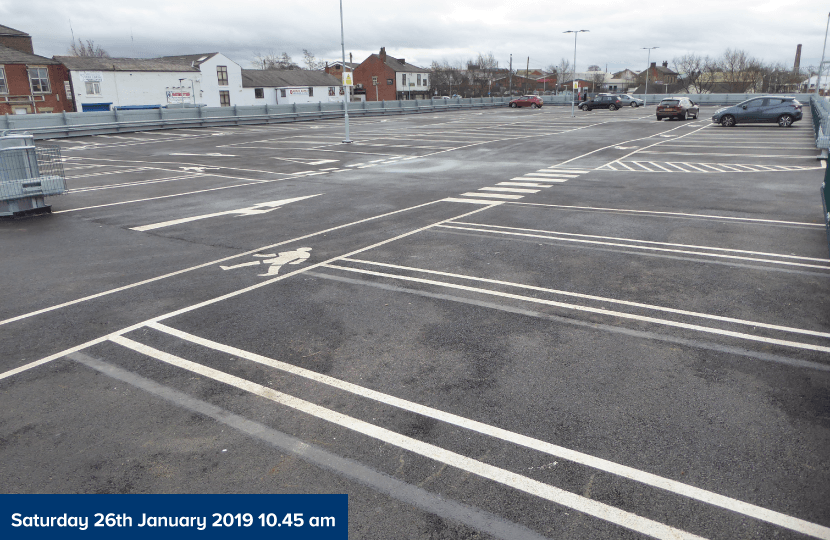 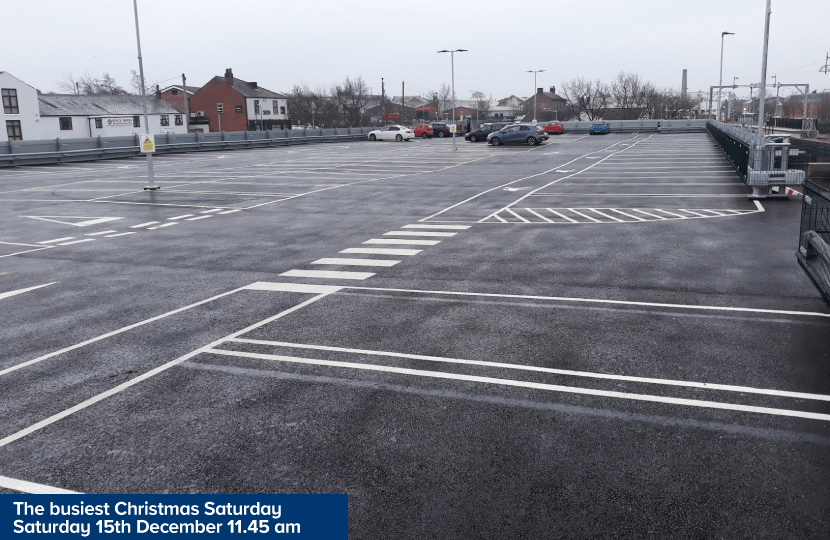 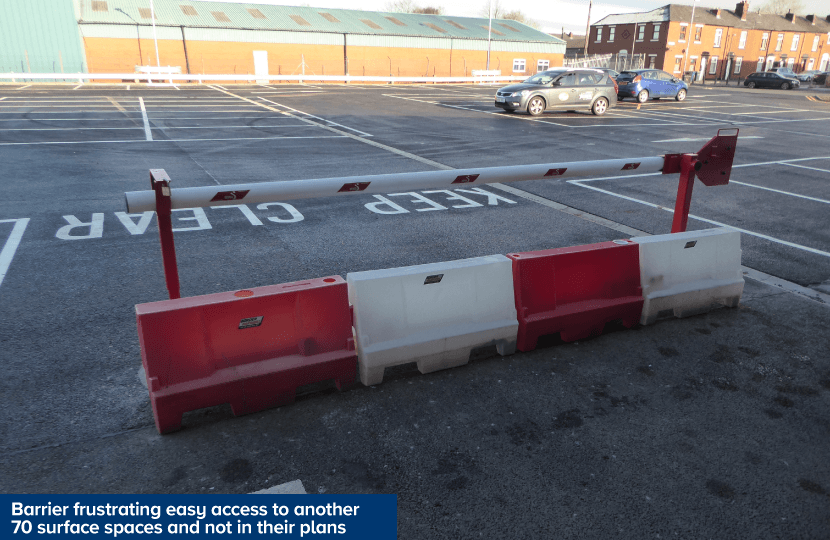 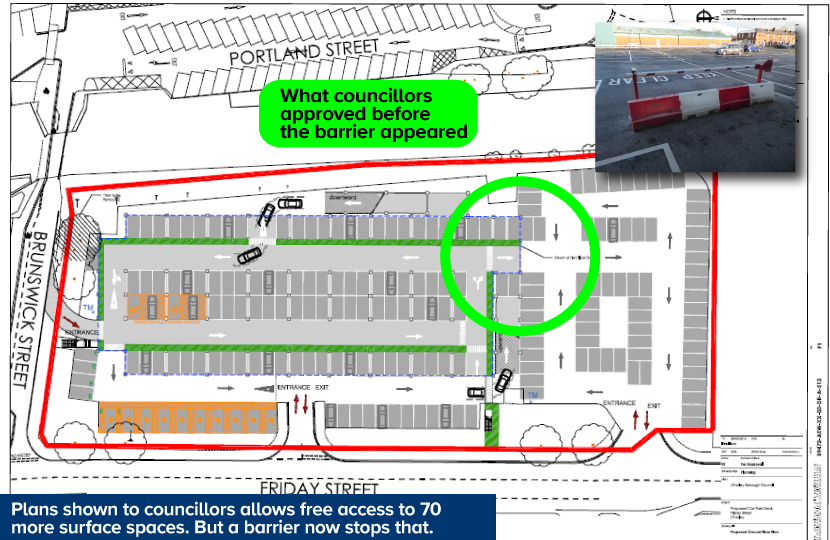 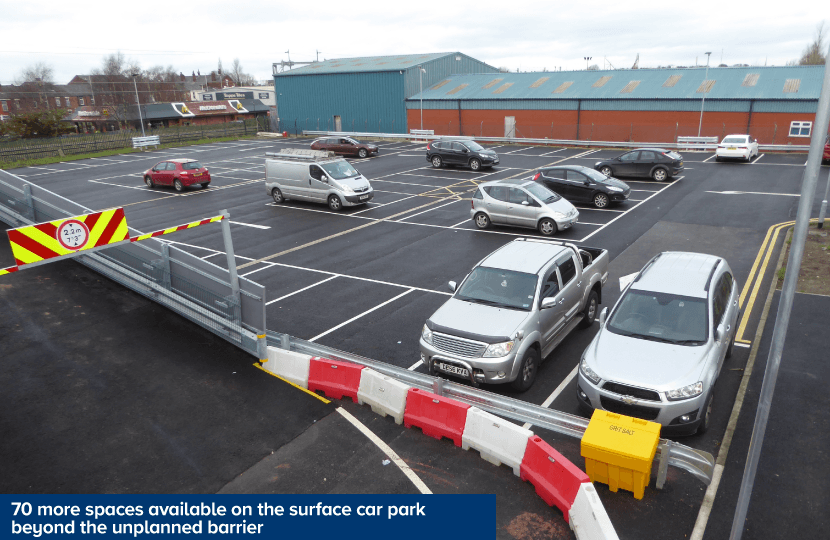 Local campaigner and armchair auditor Peter Malpas has been watching how shoppers have been shunning the top floor of the Labour Council's £1.6 million decked car park which was added to the existing surface car park on Friday Street last year.  The car park, on the east side of the railway, opened in November.

It's important because it was built from taxpayers hard earned money.

Market days and Saturdays, the upper deck of 117 spaces rarely has more than 10 cars parked

Peter remarks "I've been following how popular the decked car park has been and how it has relieved parking problems on their halved Market Walk shopping centre car park.  And frankly, it's not popular with shoppers. And when I have visited there have been rarely no more than ten vehicles on the upper deck.  And that's a huge waste of taxpayers resources with each of the new 90 extra spaces added across the site costing £17,500 each".

Each extra car parking space added to the Friday Street site has cost taxpayers over £17,500 each

The surface car park is reasonably busy, just as it was before the expensive structure was added during the autumn of last year.  Despite 117 spaces on the upper level, only 90 extra car parking spaces have been created across the whole car park.

The mysterious surface car park barrier not shown to councillors

When councillors approved their own planning application they agreed to plans showing free access across the whole surface car park, both under the decked area and beyond.  But visitors will see that there is a barrier preventing convenient access to another 70 surface spaces on the uncovered area.  Peter Malpas thinks there's a reason, "It's as though Chorley's Labour Council had an afterthought to try to force demand for their decked car park.  But it isn't working."

No lift for the upper deck

The upper deck is also difficult for those with difficulty walking, who would need to use one of two steps.  Though a council report acknowledges that they could use one of the two vehicle ramps.

Shoppers want to park close to the shops

"But as everyone knows", claims Peter, "shoppers visiting by car will always want to park close to the shops. But it's easy spending other peoples money".

Do you agree with Peter's assessment? Please take part in our survey.

And if you like what Peter and his colleagues in Chorley Conservatives are doing, why not make a donation?

The decked car park - what do you think?

Register for more news from Peter Malpas and the Conservatives