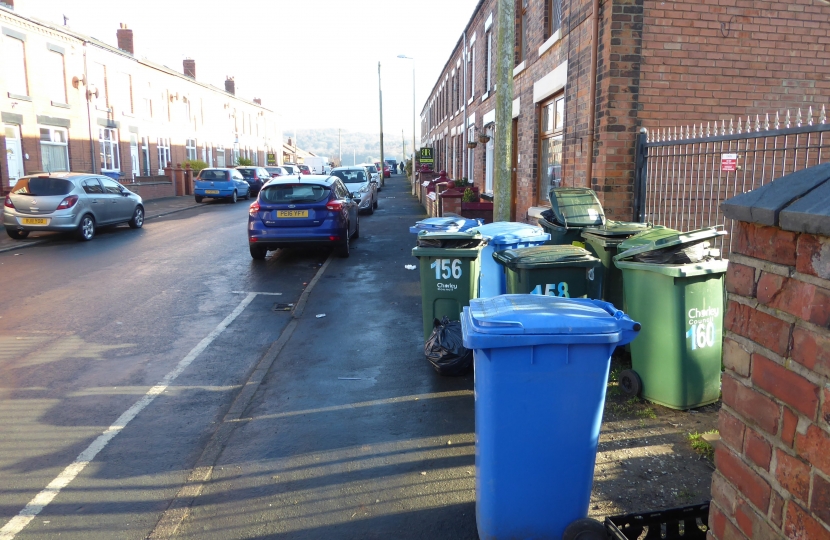 "I expect you will have had a press release regarding the garden waste charges to be introduced by Chorley Council, I have had many residents contact me about this and it is causing much concern and confusion. The following is what was proposed by the Chorley Council Conservative Councillors.

At full council on 24 January, the controlling Labour group voted to change the way our household waste is collected. This decision involves three main changes:

2. Every household wanting garden waste collection to pay an annual charge of £30 for each new GREY bin to be emptied.

3. From April you will now use your brown bin for mingled card and paper collection of which will be 4 weekly

A viable alternative proposal was tabled by the Conservative Councillors Group, which was rejected by all of the Labour Councillors.

a) £30 charge for replacement or lost bins

b) No charge for garden waste collection and frequency to be 2 weekly during summer months and 4 weekly during the winter months using the brown bins as now.

This proposal was tabled as a viable alternative, costs were prepared for this, which forms part of the overall alternative budget, which will be tabled in February.

We acknowledge that Chorley Council is losing £900,000 of income from the Labour led Lancashire County Council, the Labour groups decision does not cover this loss in full and neither did our alternative but what the Conservative proposal would have done is avoid the huge amount of confusion among Chorley residents. It would not have required over £500,000 (half a million) of spend on new grey bins, plus the associated administration and distribution costs, and it would not have required every household, that chooses to opt in to the garden waste scheme, to find a home for another bin, that is now 4 bins minimum."